Setbacks and disappointments have plagued the road to DNA vaccine development, but now a new DNA vaccine not only elicits systemic immunity but also protects testicular tissue from Zika infection. 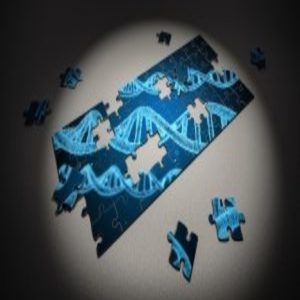 When Zika virus made headlines in 2015, it left stark images in public memory of children born with birth defects such as microcephaly. As of 2016, Zika virus is estimated to have infected 1 million people worldwide.

In addition to its dramatic impact on brain development, Gary Kobinger of the University of Quebec and his colleagues discovered that the virus could enter and damage testes in mice, reducing sperm count and motility. Whether this also happens in humans is still unknown, but it could have serious consequences. “People with subclinical infections may not seek treatment, but that doesn’t mean there’s no damage,” Kobinger said. “In a worst case scenario, we might see fertility rates plummeting in 5–10 years.”

In an effort to avoid this possibility, the researchers tested a synthetic DNA vaccine against two Zika proteins—the precursor membrane and envelope proteins—to see if it protected testicular tissue in mice. They injected male mice with two doses of the vaccine and applied a mild electric current to help DNA enter cells. When later infected with Zika virus, inoculated mice showed no evidence of viral infection in the testes, and sperm concentration, motility, and shape were unaffected (1).

Although the team knew from earlier experiments (2) that the vaccine could elicit protective anti-Zika antibodies and T-cells, its ability to protect the testes—which is considered an immune-privileged site—was previously unknown. “You never know if a vaccine will be able to reach and protect such a site,” Kobinger explained. “It wasn’t surprising, but it’s very good news—we could have seen the opposite. If that were the case, we would have needed to adapt or change the vaccine.”

The vaccine used by Kobinger and his colleagues is one of several currently in clinical trials (3). Many of these target Zika’s membrane and envelope proteins, although differences in how these vaccines are made could affect their efficacy and long-term outcomes.

Viral vaccines come in many flavors. Some, such as those for measles or mumps, rely on injecting live, attenuated forms of the infectious agent. Others trigger an immune response with viral proteins rather than the entire virus. Immunity to other viruses, such as Haemophilus influenzae type B, can be elicited with synthetic subunits. All of these vaccine types depend on injecting a foreign protein in some form, which is then processed by immune cells.

DNA vaccines, however, work when immune cells take up injected DNA, synthesize the encoded antigens, and present them to other immune machinery to elicit protective responses. Compared to the other vaccine types, which are protein-based, DNA vaccines can carry multiple antigens and may be less likely to provoke side effects when administered. They are also easier to manufacture, store, and ship at room temperature, making them an attractive alternative to traditional vaccines.

But none have reached the market yet. Early versions of these vaccines failed to induce sufficiently strong immunity. “In the first 20 years, for the most part they were very safe and easy to manufacture but they were only slightly more immunogenic than water,” said David Weiner of The Wistar Institute in Philadelphia, a co-author of the new study.

Since then, researchers have tweaked DNA vaccines so that the genes they carry are better-expressed in host immune cells. The Zika vaccine tested here, for example, can make several-fold higher levels of antigens and deliver more of these antigens to elicit a potent immune response, Weiner explained.

Additional modifications can also enhance how effectively a DNA vaccine can be administered. The current study used electroporation, where a low electric current helps the nucleic acids penetrate cells better. Other trials are testing methods such as pressurized needle-free injectors to avoid pain associated with a needle prick.

Despite the promise of DNA vaccines seen in early clinical trials, many challenges remain. While the vaccine developed by Kobinger and his colleagues elicited a strong T-cell immune response in animal studies, not all DNA vaccines do so. That response is critical for long-term immunity, explained Scott Halstead of the Uniformed Services University of the Health Sciences in Maryland, because T cells are key players in presenting antigens and clearing virus particles during an infection (4).

In the long term, DNA vaccines may need to include not just structural proteins such as the membrane and envelope proteins, but also proteins that aren’t involved in making the virus’ external structures. According to Halstead, “If you immunize against Zika without expressing non-structural proteins, you might not get the necessary T-cell response required for long-term immunity.”

Ensuring that the vaccine works in real-world settings is another key consideration. In countries with widespread Zika infections, other viruses such as dengue, a close relative of Zika, are also extremely common. Antigens from the two viruses are similar, and studies have found that circulating antibodies against dengue can cross-react and increase the severity of Zika infections (5).

How this may affect attempts to disseminate a Zika vaccine in populations where dengue is already prevalent remains to be seen. In ongoing work, Kobinger and his colleagues are assessing the vaccine’s effectiveness in these regions. “It’s a critical question about potency and efficacy in humans,” Kobinger said. “The vaccine’s safety profile is very good in dengue-negative people, but now the real question is, how safe and effective is it in populations where other viruses are circulating?”