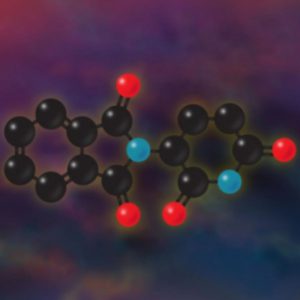 A team of researchers from the Dana-Farber Cancer Institute (MA, USA) has discovered the mechanism behind how thalidomide caused damage to developing fetuses. The discovery puts scientific curiosity to rest, for now, and provides crucial information for drug developers hoping to utilize the same molecular foundation in new cancer treatments.

Thalidomide is a drug that was originally marketed in the 1950s for the treatment of morning sickness in expectant mothers. When taken in weeks 4–8 of pregnancy, it resulted in miscarriage and children born with defects. The short timeframe of ingestion resulting in damage meant the medical community was slow to pick up on its dangers and it was eventually banned in 1961.

The new study, published in eLife, has determined that thalidomide acts by promoting the degradation of various transcription factors, including one termed SALL4. This results in the complete removal of SALL4 from cells, which interferes with fetal development and leads to the birth defects associated with exposure to thalidomide.

The researchers’ hypothesis was reinforced by reports that detailed those who carry a mutation in the SALL4 gene are born with similar defects to those who are exposed to thalidomide in the womb. This includes underdeveloped limbs and congenital heart disease.

“The similarities between the birth defects associated with thalidomide and those in people with a mutated SALL4 gene are striking,” commented senior author, Eric Fischer. “They make the case even more strongly that disruption of SALL4 is at the root of the devastation produced by thalidomide in the 1950s.”

Thalidomide is now utilized in the treatment of multiple myeloma as it was previously discovered to be of use in inhibiting the growth of blood vessels in tumors. Fischer hopes that their discovery will be of importance to those using the same structural foundation as thalidomide in new drug development:

“As new derivatives are tested, we’ll be able to explore whether they have the same potentially damaging effects as thalidomide. We know that the therapeutic effect of these drugs is based on their ability to degrade specific proteins. Our findings will help drug developers distinguish between proteins whose degradation is likely to be beneficial and whose may be harmful.”