How will science in the United States fare in the changing political climate, and how can scientists influence the outcome? Science under a Trump presidency. 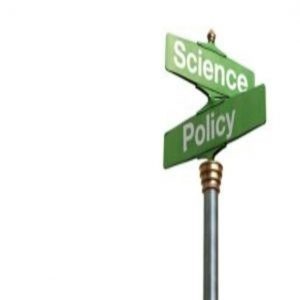 They say lightening never strikes twice in the same place, but this past year, the Western world saw political shifts cut from the same cloth with the election of Donald Trump in the US and the Brexit vote in the UK. These unpredictable outcomes indicate that many people feel abandoned and forgotten by their governments in the wake of globalization. The US has a long history of the presidency oscillating between two polarized political parties, so why does this election result seem particularly jarring?

For many on both sides of the political spectrum, Trump’s election is not just a pendulum shift but a potential leap for the nation—possibly scaling back recent job losses but also advances in human rights, international relations, immigration, and of course, science and technology.

Cozy for decades in their academic towers, some scientists had the luxury of becoming a bit apathetic toward politics, but these recent political shifts emphasize the need for researchers to engage in discussions to combat the rampant spread of misinformation. Andrew Rosenberg of the Union of Concerned Scientists told ScienceInsider that “scientists need to stand up and be heard.” But how and where can we do so?

If anything, this election has provided new information about our country and given insight into how we occupy our own exclusive “science bubbles.” The new administration could have a lasting impact on scientific research, initiatives, and international collaborations—affecting not only the careers of researchers but also progress toward better health and medicine, new technologies, and dispelling misinformation.

“The winds are not blowing in the direction that I would call a strong scientific agenda,” said Michael Lubell, the Mark W. Zemansky Professor of Physics at The City College of New York and a former lobbyist with the American Physical Society. What are some challenges scientists could face during Trump’s presidency? What can scientists do as both individuals and institutions to overcome these obstacles?

Waiting In the Dark

A logical first step is to examine science policy plans touted by the president-elect during his campaign. However, Trump hasn’t said much here. He isn’t entirely alone though; Lubell noted that, with the exception of Barack Obama who is a self-proclaimed science geek, most presidents do not prioritize science when entering office. Nevertheless, we live in a globalized world where technology is steadily integrating into our daily lives, and problems such as antibiotic resistance, poor mental health, and infectious disease threaten us all.

It is undeniable that technology has been a major driver of globalization. For example, manufacturing jobs have been steadily declining since the 1970s. The new administration promises to bring factories back to the US, assuming that the jobs will follow. However, this proposal ignores the impact of technology on manufacturing. While jobs that left the US over the years went to other individuals abroad, the jobs returning to the US are increasingly going to computers. How the government plans to address technology’s role in the current crisis remains unclear.

Without detailed policy or funding plans for science, we are unfortunately left to speculation. Trump has voiced his opinions on a handful of science issues: he expressed skepticism of man-made climate change, supported the disproved connection between vaccines and autism, and distrusted scientists who described how Ebola is communicated.

Since US presidents so far have not been scientists, they have made up for a lack of scientific understanding by appointing specialists with decades of experience. In the absence of clear-cut plans for science over the next 4 years, insight into how science will be handled could be gained by turning to the growing list of Trump’s key advisors.

First is vice-president-elect Mike Pence, who is a creationist and rejects the 97% consensus among climate scientists that humans are causing climate change.

To head the EPA, Trump nominated Scott Pruitt, a long-time critic of the federal agency, which he has taken to court a few times.

Nobel laureate and physicist Steven Chu will pass the torch of Energy Secretary to former Governor of Texas and Dancing with the Stars contestant Rick Perry, who ironically forgot the name of the department during a 2011 Republican primary debate while discussing his plans to dismantle it.

Now Robert F. Kennedy Jr., who supports the false connection between autism and vaccines, may lead a vaccine safety commission.

On the other hand, Trump’s pick for secretary of the Department of Health and Human Services, Tom Price, has a background in private medical practice and previously directed the orthopedic clinic at Grady Memorial Hospital in Atlanta, GA. These experiences could translate to a better understanding of the needs of researchers today and aid in his role in shaping the future of government agencies such as the FDA, NIH, and CDC. In a 2007 speech on the floor of the House, Price noted that the country should “provide much greater resources [for] the National Institutes of Health and the CDC and others that ultimately work and derive huge benefit to our entire society and, in fact, to the world.”

While Price is a strong anti-regulation proponent in favor of scaling back government involvement in science, these positions may not benefit all researchers. Meredith Wadman noted in a piece for ScienceInsider that Price’s plea for more NIH and CDC resources was part of a larger debate on defunding specific NSF projects “targeted as wasteful or unnecessary by GOP lawmakers.”

The new administration still has a number of key science positions to appoint. The FDA commissioner helps protect public health through supervision of medical and food services. While there has been some chatter that Trump is considering venture capitalist Jim O’Neill, others in his party are hoping he will re-appoint the current commissioner, Robert Califf, who has years of experience in the medical field.

The administrator of NASA oversees the civilian space program and other areas of space research. While Charles Bolden will likely step down from this post, Trump has appointed Chris Shank, a space policy professional with extensive experience working with NASA, to lead the transition team.

Finally, while the president is no longer required to have a science advisor, the director of the Office of Science and Technology Policy (OSTP), a committee established by the United State Congress in 1976, will essentially serve as the administration’s science advisor. Who will fill this appointment remains to be seen.

While the new administration hasn’t yet focused on plans for science funding, the presidential campaign offered insight into Trump’s budget priorities. In addition to his trillion-dollar infrastructure plan, he would like to increase defense spending, cut corporate taxes from 35% to 15%, and further shake up individual tax rates. These changes are meant to directly address many of the main concerns of the middle class individuals who elected him by providing jobs and tax relief. But for researchers, “If we ask what is the outcome of those things? Well it’s going to be less money for a whole bunch of other stuff,” said Lubell.

Will promised job growth in these areas of investment be countered by a decline in research-related jobs? Less money dedicated to science may mean less international interest in research careers in the US, possibly opening up research positions for a greater number of US citizens. But interest in international collaboration with the US may also decline, as it has in the wake of the Brexit referendum. Shortly after the vote, a group of UK researchers was excluded from an EU consortium for precautionary reasons, with those terminating the collaboration citing uncertainty surrounding Brexit.

“Science is a global enterprise,” said Lubell. International researchers advance US research in numerous tangible and indefinable ways. In fact, all six of the US’s 2016 Nobel Laureates are immigrants. What will the potential effects on these connections mean for the US’s status as an international leader in science and technology?

Another area likely impacted during the coming 4 years is trade. Leica, Olympus, Merck Group, Abcam, and Zeiss products decorate labs across the US and are essential for ongoing high-impact research at universities and institutions. The new administration is vocal in its opposition to ongoing negotiations for the Trans-Pacific Partnership (TPP) and the Transatlantic Trade and Investment Partnership (T-TIP), both of which promise lower barriers to trade between participating Asian and European countries, respectively. Although he is against these particular agreements as well as others such as NAFTA, Trump claims to still support trade initiatives.

“Trade reform, and the negotiation of great trade deals, is the quickest way to bring our jobs back back to our country,” Trump said, as reported in The Atlantic in June 2016. Tighter restrictions on trade agreements could mean science will become a more expensive enterprise here in the US.

American companies could also face the brunt of strained trade agreements. Equipment that is assembled and sold in the US often contains parts sourced from around the world.

On the other hand, many are hopeful that the new administration will favor investment in science and technology to spur economic growth. There is potential for this since, at heart, Trump is a businessman. During the campaign, ScienceDebate.org asked the candidates about their plans to ensure that America remains a leader in innovation. The Trump campaign replied, “The federal government should encourage innovation in the areas of space exploration and investment in research and development across the broad landscape of academia. Though there are increasing demands to curtail spending and to balance the federal budget, we must make the commitment to invest in science, engineering, healthcare, and other areas that will make the lives of Americans better, safer and more prosperous.”

The future of science in the US is uncertain and may remain so for years. As an individual, it is easy to feel powerless. After all, what can a graduate student or post-doctoral fellow do to affect funding, trade, or immigration? Actually, there is a lot scientists can—and should—do that ranges from legislative involvement to citizen engagement.

Many large scientific societies have their own advocacy programs. One centralized hub for science policy and advocacy is the American Association for the Advancement of Science (AAAS), which offers training programs, workshops, employment, and educational opportunities for those interested in influencing policy. AAAS also offers considerable resources for communicating the importance of scientific research to the public.

While much of the battle feels like it takes place in Washington, D.C., scientists must consider the driving force of the populist wave that delivered Trump to the White House. People are rejecting institutions that don’t benefit them directly and are wary of technology displacing workers across America. As scientists, we must be cognizant of this and find ways to “show them that the benefits outweigh the losses,” said Lubell.

According to Lubell, scientists must find ways to connect with citizens and communicate the nature, beauty, and impact of science. “Whether that means over dinner or standing in line at a supermarket, wherever you are, take the opportunity to try to talk about the thrill of discoveries and the impact science has on medicine and communications.”

And when hard times get you down, Lubell has some advice. “You don’t go into science unless you love science. If you love it, then what you’re going to have to do is roll with the punches. And if you are faced with a situation that is not terribly optimistic, you have to assume things will get better. You have a whole lifetime to live.”

Mutated SARS-CoV-2 could be more susceptible to vaccines

Can multiple sclerosis be treated with antivirals?