Have Allergies? Stay Away from Mice - BioTechniques

Have allergies? Stay away from mice

Working with mice carries some hazards: biting, for example. But did you know that repeated exposure to mice can result in a severe allergic reaction? 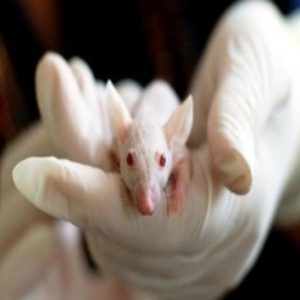 Numerous cartoons show people leaping onto chairs and screeching in fear and disgust when they see a mouse, but for biomedical science, these animals are invaluable. With their short gestation periods and the many tools available for their genetic manipulation, mice are popular animal models.

Working with mice comes with some hazards, however. Some laboratory workers develop allergic responses ranging from mild symptoms such as sneezing, nasal congestion, runny noses, and sore throats to serious conditions such as anaphylactic shock after working with mice. A new article in Annals of Work Exposure and Health demonstrates that individuals who are atopic—sensitive to common allergens—may develop upper and lower respiratory problems upon exposure to endotoxins shed by mice (1).

Endotoxins are lipopolysaccharide molecules, produced by bacteria, that can cause strong immune responses in animals and humans. Elizabeth Matsui and her team at John Hopkins University decided to explore how endotoxins made by bacteria in mice affect allergy development. Matsui’s group started with data they collected in a previous study, testing allergy development in laboratory workers at The Jackson Laboratory, a well-known mouse research and supply facility.

At the beginning of the study, each participant underwent a skin-prick test with 14 common allergens, including mouse allergen, to determine their sensitivities. The researchers classified an individual as atopic if their skin test was positive for one or more allergens. Then they measured the level of endotoxin in the air periodically. They followed the participants for 24 months, during which time the volunteers reported their symptoms (2).

To assess the three-way interaction between atopy, endotoxin exposure, and symptom development, Matsui’s team applied multivariate regression analysis to the collected data. They found that atopic individuals are at a higher risk of developing both upper and lower respiratory issues upon high endotoxin exposure, compared to non-atopic individuals.

“Looking at the data, we first concluded that non-atopic subjects are protected from respiratory symptoms and that the atopic status is very important during job selection or employee selection,” remarked Elcio Oliveira Vianna, an allergy researcher at the University of São Paulo, who was not involved with the study.