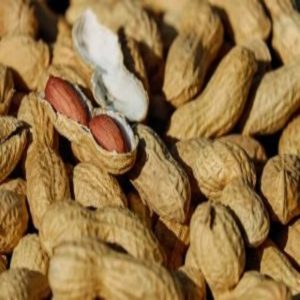 It is predicted that around 1 in 20 children are now suffering with food allergies in the USA and are responsible for 200,000 trips to the emergency room every year. Peanut allergies are the most common of these food allergies and most commonly associated with anaphylaxis, a life-threatening condition that requires immediate attention and treatment.

The number of children with a peanut allergy has more than tripled over the past two decades and this figure is continuing to rise. Whilst many schools are taking precautions to ensure they maintain a ‘nut-free’ environment, peanut allergy sufferers still have to be extremely careful about the food they consume.

Manufacturers do state if their food products may contain traces of nut or if they were made in a nut-containing factory; however, those with an allergy still run the risk of accidentally consuming peanut from accidental contamination. This is more common in restaurants, where trace amounts of the allergen may be found in foods.

With the growing need for allergen detection in foods, novel methods are being developed to fill this gap. In order to guarantee 95% safety for allergy sufferers, a detection test must have a sensitivity of 24 ppm for peanuts.

Often peanut detection methods are geared towards identifying proteins. However, some proteins can be broken down during food processing, meaning that these methods are not the most reliable. Now, a detection method utilizing DNA has been developed.

The study, published in the ACS’ Journal of Agricultural and Food Chemistry, describes this new technique utilizing DNA as it is typically more stable than proteins. The team decided to focus on detecting peanut chloroplast DNA, rather than DNA from the nucleus, as other research groups prior to them have done.

As there are many more chloroplasts than a single nucleus, the team believed they could develop an extremely sensitive and specific PCR assay. The multiplex real-time PCR assay was able to detect three short DNA sequences found in the peanut chloroplasts and by targeting three sequences at once, the team were confident of the assay’s specificity.

In order to test it, they contaminated different food types with varying amounts of peanut. The assay successfully detected peanuts in all of the contaminated foods, to a detection limit of approximately 1 ppm – an improvement on previous assays, which had limits of 10 to 50 ppm.

Although this method has an extremely low detection limit and is affordable and efficient to run, it is not optimized for portability.

Another novel method for allergen detection is in the form of a molecularly imprinted polymer (MIP) sensor. This involves the design of a plastic film that is specially molded to incorporate cavities to fit either a protein or chemical marker from the allergen.

MIPs have traditionally been utilized for drug delivery, with the application of the technology as a sensor being a recent transition. The polymer film contains hundreds of small cavities that are designed to fit a small molecule based on its size, shape and electron charge distribution.

When these films are presented to a sample of the food to be tested, the cavities will capture the target molecule. An electrochemical resistance measurement across the plastic film will provide an indication of whether the target molecule has been captured, and therefore, if peanut is present in the food.

This technique results in a highly-specific (1-2 ppm) peanut detection method that is affordable and portable.

Another team from MIT (MA, USA) has made use of the most abundant protein in peanuts, Arah3, developing novel antibodies, termed 20B10 and 16B1, designed to capture it. This method has shrunk down what is usually a complicated laboratory-based process into one that is accessible and portable.

The Arah3 protein is not the most antigenic; however, as it is the most abundant and thermally stable, the team decided to target it. They worked towards shrinking the process of breaking down the food sample, isolating the protein and detection into one device.

The liquid is then presented to a strip containing the antibodies, which capture the protein. A signal change then electronically indicates the protein has been captured and is transformed into a simple positive or negative reading.

This method has sensitivity for peanuts of 10 ppm and above, which is higher than the other techniques. However, this is still much lower than the necessary 24 ppm.

Find out about how to stay safe when flying with a food allergy: https://millionmilesecrets.com/guides/flying-with-food-allergies/

Nanovaccines could provide the key to fighting today’s deadliest viruses

Cancer cells: turning “don’t eat me” into “eat me”

Peek behind the paper: fluorescent nanodiamonds for more sensitive diagnostics