The use of probiotics can result in an accumulation of bacteria in the small intestine, which can lead to severe brain fogginess and bloating. 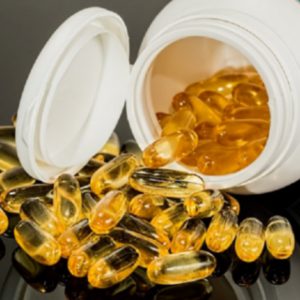 A team of researchers from the Medical College of Georgia at Augusta University (GA, USA) has discovered a link between probiotic intake and symptoms such as brain fogginess and stomach bloating. The study, recently published in Clinical and Translational Gastroenterology, details what is thought to be the first time these links have been established in those with intact guts.

The study involved 30 patients, of which 22 reported these problems. It was then realized that these 22 patients were all taking probiotics. The researchers discovered large bacteria breeding colonies in the small intestines of these patients and high levels of D-lactic acid being produced by the fermentation of sugars by lactobacillus bacteria.

“What we now know is that probiotic bacteria have the unique capacity to break down sugar and produce D-lactic acid. So if you inadvertently colonize your small bowel with probiotic bacteria, then you have set the stage for potentially developing lactic acidosis and brain fogginess,” explained Satish Rao, director of the Digestive Health Clinical Research Center at the Medical College of Georgia at Augusta University.

Probiotics are often prescribed to patients after a course of antibiotics in order to rebuild their gut bacteria and in other similar situations. However, Rao warns against self-prescribing probiotics. “Probiotics should be treated as a drug, not as a food supplement.”

He does still recommend food sources with small amounts of bacteria – including yogurt, sauerkraut, kimchi, kefir and dark chocolate – as good sources of probiotics.

The researchers now hope to commence additional studies with the aim to better characterize the reported brain fogginess and follow-up on patients’ progress for a longer period of time.