An increase in preprints between the Ebola and Zika epidemics suggests a move away from peer review to fast open communication. 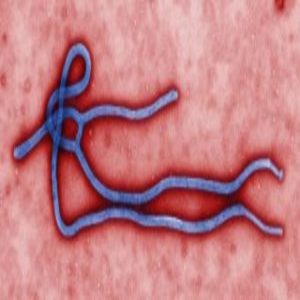 An essay published in PLOS Medicine from non-profit organization Outbreak Science (Puerto Rico, USA), has analyzed the acceleration of preprint publication between the Ebola and Zika outbreaks. The authors suggest that this trend should be celebrated and that a concerted effort should be made by the scientific community to publish preprints during outbreaks.

Preprints are scientific reports that are posted to public repositories before peer review. This allows research to be disseminated to the scientific community quickly and in an easily accessible way. This is especially useful when time-sensitive crises such as disease epidemics occur.

However, these preprints do not undergo the scrutiny of reports published through the traditional peer review system. Therefore the contents of the research must be treated with caution.

Nevertheless, author Michael Johansson believes that they are an extremely useful tool in the case of these sudden outbreaks.

He stated "The scientific community should not ask why preprints are posted during outbreaks; we should ask why they are not posted.”

Johansson and his fellow researchers analyzed the preprints and post-outbreak publications for both Ebola and Zika and made a promising discovery. They found that the number of preprints concerning Zika far exceeded that of Ebola leading to much earlier access to research for both scientists and policy makers.

Early on in the Zika outbreak a statement from leading agencies and journals was released requesting data should be shared and highlighting the importance of preprint publication. The authors believe that this was responsible for the acceleration in preprints.

Despite the increase in publication adoption remained extremely low. Johansson and colleagues suggested that the mechanisms and ethics of preprint publication must be of a high quality, so they can be considered alongside peer reviewed articles in an academic’s record.

Johansson concluded, “Preprints offer numerous challenges and opportunities for science in general but represent a particularly important opportunity to accelerate the dissemination of science in the midst of infectious disease outbreaks, when early actions are critical and evidence is scarce.”