The Parasite That Disrupts Sleep - BioTechniques

Trypanosoma brucei infection disrupts the sleep-wake cycle, leading to daytime sleepiness and insomnia at night. Scientists now know how the parasites do this. 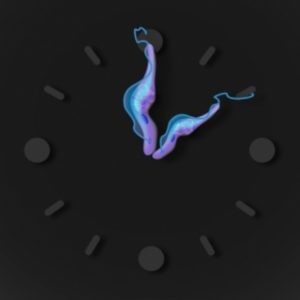 Trypanosma brucei alters the biological clock of its host by shortening the circadian period.

Transmitted by the tse-tse fly, the Trypanosoma brucei parasite causes African trypanosomiasis, or sleeping sickness, a disease characterized by disturbed sleep patterns that is fatal without treatment. Luisa Miranda Figueiredo from the Institute of Molecular Medicine in Lisbon has been studying T. brucei for the past ten years, trying to understand the cellular and molecular mechanisms by which this parasite exploits its hosts. Just five years ago, Filipa Rijo-Ferreira, a graduate student in Figueiredo’s lab came to her with a question that would eventually become her PhD thesis: why does T. brucei change the sleep patterns of its host?

“We were curious to know if the parasite interferes with circadian rhythm,” said Figueiredo. Sleep and circadian rhythm were new fields for Figueiredo, so she contacted Joseph Takahashi at UT Southwestern Medical Center. Together, the team showed that T. brucei shortens the circadian period of mice in a study they published in Nature Communications.

After establishing that mice infected with T. brucei effectively mimicked the symptoms seen in humans, the team decided to investigate whether the infection alters the circadian rhythm. They infected mice with T. brucei in total darkness and monitored their activity using a running wheel. As the infection progressed, the time the mice spent running on the wheel decreased. By twenty days post-infection, the infected mice started running 12 h earlier each day than the mock-infected mice, indicating that infection shortens the circadian period in mice. This pattern repeated when the researchers exposed mice to consecutive dark and light period transitions.

The team also found evidence for altered circadian rhythms in gene expression when they looked at Per2, a gene involved in the circadian transcription–translation feedback loop. While control mice showed rhythmic oscillations of Per2 expression, infected mice had periods of expression shortened by two hours. When the researchers eliminated the parasite with drugs, this period shortening reversed.

The researchers also detected the short circadian period in fibroblasts cultivated in the presence of parasites in a petri dish, indicating that the parasite may secrete a substance that controls the biological clock.

“The results of our study change the way we look at the disease pathology,” said Figueiredo. “We think that the parasite is secreting something. If we can somehow block or interfere with the release of these secretions, we might be able to provide some benefits to the host, ” said Figueiredo.

“The paper opens up very interesting questions about whether the disruption to host circadian rhythms is something that hosts do to help reduce symptoms (an adaptive response to sickness) or is something the parasite initiates to its own ends (a parasite adaptation to help it exploit the host),” said Sarah Reece, an evolutionary parasitologist from the University of Edinburg, who was not involved with this study. Reece is optimistic that a deeper understanding of how infection disrupts the circadian rhythms of the host will help in developing treatments to reduce the severity of disease symptoms.