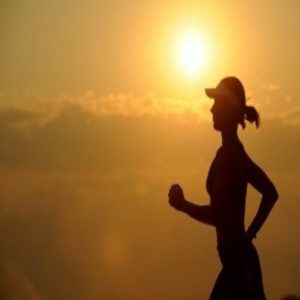 A team of scientists from Harvard Medical School’s Department of Genetics (MA, USA) has suggested that top athletes may benefit from particular bacteria in their microbiome, as well as tough training.

“When we first started thinking about this, I was asked whether we could use genomics to predict the next Michael Jordan,” commented Jonathan Scheiman, a post doc in the group.

“But my response was that a better question is: Can you extract Jordan’s biology and give it to others to help make the next Michael Jordan?”

The team decided to look to the microbiome for answers. “We are more bacteria than we are human,” continues Scheiman.

“The bugs in our gut affect our energy metabolism, making it easier to break down carbohydrates, protein and fiber. They are also involved in inflammation and neurological function. So perhaps the microbiome could be relevant for applications in endurance, recovery and maybe even mental toughness.”

Scheiman spent the week previous to the 2015 Boston marathon (MA, USA) and the week following driving around Boston, collecting fecal samples from 20 athletes and putting them on dry ice in his car in order to analyze how the microbiome changes during performance compared to recovery.

They then sequenced the genomes of the bacteria present in the samples, finding an increase in the amount of a particular type of bacteria present in samples collected in the week following the marathon, in comparison to the week previous. These bacteria break down lactic acid, which is produced more during periods of high-intensity exercise.

Lactic acid can cause muscles to fatigue, leading the team to hypothesize that this type of bacteria could assist with fatigue prevention or faster recovery. They then isolated the specific bacteria from samples and commenced work to evaluate their effects on lactic acid levels and extent of fatigue.

The researchers also compared the microbiome of ultramarathon runners to rowers in training for the Olympics. From this, they found a type of bacteria present in the runners that wasn’t present in the rowers, which breaks down carbohydrates and fiber.

Scheiman hopes the team can now develop natural probiotic supplements for athletes, with the launch of their own company Fitbiomics.

“I would like to think that a year after we launch, we could have a novel probiotic on the market,” he concluded. “But in parallel we’ll also be expanding our cohort of elite athletes from numerous sports to generate a larger microbial data and strain bank of novel probiotic candidates. In essence, we’re mining the biology of the most fit and healthy people in the world and then extracting that information to help them and others.”

Fast-tracking the future of genetic testing

The Microsetta Initiative in the time of COVID-19

Who is hiding in your gut?