How Our Brains Run on Autopilot - BioTechniques

Whether it’s driving to the store or setting up the centrifuge, we often complete familiar tasks without thinking about doing them. Researchers have identified the brain network behind these automatic actions. 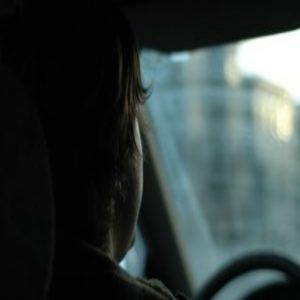 Have you ever driven to work and then realised you weren’t concentrating on the route? When dealing with a routine chore, our brain often starts using automated processing—commonly known as autopilot. Now, researchers have shown that the ability to perform these familiar tasks with little conscious thought is linked to the default mode network (DMN), a collection of brain regions previously shrouded in mystery.

Since its discovery 18 years ago, the exact function of the DMN has perplexed researchers. “However, prior studies have found increased activity in this network during states of rest, recollection of autobiographical memories, and moral decision making,” explained Deniz Vatansever from The University of York, lead author of the new paper appearing in PNAS. “The increased activity during these three processes made us think the DMN could be related to using learned information and automated processing.”

To explore this idea, 28 volunteers undertook a neuropsychological card test while lying inside a functional MRI scanner (fMRI). Participants viewed cards showing various shapes, numbers, and colors, and matched a target card to one of them. They did not know the rule that created the match and had to work it out and then apply it to subsequent sorting rounds.

Vatansever and his colleagues split the task into two stages, which were reflected by distinct differences in the fMRI scans. The acquisition stage, where participants learned the rules, showed increased activity in the dorsal attention network, an area previously associated with information processing. When volunteers applied rules they already knew, the DMN was more active.

“Our findings suggest that the DMN is crucial for decision making when we know the rules of our surrounding environment, letting us perform these tasks with less energy,” Vatsanever said.

Previous studies looking at DMN functionality identified associations with abnormal activity and neurodegenerative and psychiatric conditions. “While we don’t want to make any claims that our work is relevant to brain injury just yet, understanding DMN from a more psychological perspective will help us in the future,” said Vatsanever.