Scientists herald CRISPR-Cas9 as a potential way to treat a variety of diseases with genetic underpinnings. New research shows that it may be used to make animals—cows in particular–resistant to infections too. 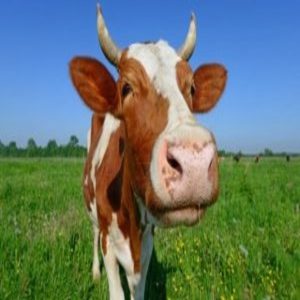 The incidence of tuberculosis (TB) in cattle and other mammals, an infection caused by the bacterium Mycobacterium bovis, has been increasing in England and other countries. That increase has profound implications for both beef and milk supplies as well as for the rising numbers of infections seen in humans and other animals. But what if cattle could be genetically reprogrammed to resist this disease?

Now reporting in Genome Biology, researchers from the Northwest A&F University in Shaanxi, China used a modified CRISPR-Cas9 method to insert a tuberculosis resistance gene, NRAMP1, into the cow genome. They then produced live calves that show signs of increased resistance to the disease.

Ian McConnell, an emeritus professor of veterinary science at the University of Cambridge in England, said the molecular biology technique reported in the paper is both “thorough and novel” and offers guidance for future work in this area. “As far as the transgenic technology is concerned, to my knowledge, this is the first time this type of gene insertion technology has been applied to a resistance gene in cattle macrophages,” he said. “It’s quite interesting technology.”

However, McConnell isn’t certain that the resulting cattle were actually disease resistant. “The in vivo evidence for resistance to TB is indirect—and based on data to show that the transgenic cattle have a reduced level of markers of infection to a tuberculosis challenge and in vitro cultures of TG macrophages show some resistance to Mycobacterium bovis with a demonstrated upregulation of NRAMP,” he said. “But there are many factors involved with disease resistance—having a transgene inserted is only one of them. So it’s interesting technology but that’s about all one can say about it at this stage.”