Western blot detection methods each have their own advantages and disadvantages. Choosing the right one can be a difficult decision. 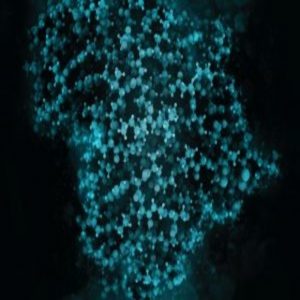 The basic protocol of the western blot – also referred to as the immunoblot – has barely altered since its inception in 1979. However, one thing that has changed is the way in which proteins are detected. On its invention, radioactively labeled antibodies were utilized for western blotting. This has been mostly phased out because they are expensive, have a short half-life, poor signal-to-noise ratio and require delicate handling and proper disposal.

Nowadays, fluorescent or enzymatic tags tend to be the detection methods of choice. Each method has its own advantages and disadvantages, so it can be difficult to choose the right detection method for a western blot.

Colorimetric and chemiluminescent detection methods both involve enzyme-conjugated secondary antibodies that initiate a reaction. The product of this reaction is used in detection of the protein.

In colorimetric detection (the simplest of the methods), a colored precipitate is produced from a chromogenic substrate via the enzyme bound to the secondary antibody. The product precipitates onto the membrane and produces colored bands.

This method is easy to use, cheap and doesn’t require use of a developer or X-ray films. However, sensitivity is low in comparison to the other methods. Therefore, colorimetric methods are best used with highly expressed proteins for non-quantitative purposes, so would be a good choice for undergraduate laboratory classes.

Chemiluminescent detection methods produce light as a byproduct of a reaction and make use of either an X-ray film for visualization or a charge coupled device (CCD) to measure light as an electrical signal.

Across both methods, the two most commonly utilized enzyme tags are horseradish peroxidase and alkaline phosphatase. The horseradish peroxidase-conjugated antibodies tend to be considered as superior to those involving alkaline phosphatase due to their smaller size, high activity rate, good stability and low cost, and the wide availability of substrates.

The quantifiability of chemiluminescent methods also relies on the use of the popular horseradish peroxidase enzyme. The dynamic reaction means the light produced changes over time, making it difficult to produce quantifiable data.

Alkaline phosphatase does also have its advantages; its reaction rate remains linear, improving sensitivity by allowing a reaction to proceed for a longer time period. However, the increased time of reaction can lead to a high background signal resulting in a poor signal-to-noise ratio.

An increasing number of researchers are turning to fluorescence detection for western blotting assays. In fluorescence detection methods the secondary antibodies are labeled with fluorescent dyes that can be detected through imaging, rather than through the use of an enzyme. This means that there is no need for a reaction to produce a product for visualization and thus removes an extra step of the method.

It is also possible to probe multiple proteins simultaneously by using different fluorophores. In enzymatic detection methods, this would require stripping the blot and re-probing, which can greatly reduce the signal on the second round.

There are many things to consider when choosing a western blot detection method, so which is the right one to choose? If use of a western blot is simply to answer the question of whether a protein is present or not, chemiluminescent or fluorescent methods are both good bets. However, if the goal is to delve deeper into quantifying the proteins present, fluorescence is probably the way to go.

South, north, east and west-ern: the story of how the western blot came into being

Proteomics and “The Hitchhiker’s Guide to the Galaxy”: an interview with Grant Brown and Brandon Ho