Miles and miles of underground fibre optic cables are at risk from rising seas levels. 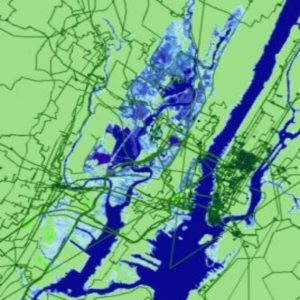 Miles and miles of fibre optic cable are buried underground along the coasts and highways of the US with a concentration around the most populated cities, such as NYC. Rising sea levels could put this infrastructure at risk, says a group of researchers from the University of Wisconsin-Madison (WI, USA) and University of Oregon (OR, USA). They presented their findings at the Applied Networking Research Workshop 2018 (16 July, QC, Canada).

Senior author Paul Barford believes this could happen in as soon as 15 years: “Most of the damage that’s going to be done in the next 100 years will be done sooner than later. That surprised us. The expectation was that we’d have 50 years to plan for it. We don’t have 50 years.”

The study is the first assessment of the risk of climate change to the internet. The suggestion is that in 15 years, at least 4000 miles of buried fibre optic cable will be submerged by sea water. The study also identified the most at-risk cities as being those on the coasts, including NYC, Miami and Seattle.

However, local disruption can have an adverse effect on the whole network, causing internet issues across the USA. Barford suggests that when the infrastructure was first put in place, consequences like these were not even considered.

“When it was built 20–25 years ago, no thought was given to climate change.”

The risks are hard to circumnavigate, with the effectiveness of preventative measures, such as seawalls, difficult to predict.

“The first instinct will be to harden the infrastructure,” Barford says. “But keeping the sea at bay is hard. We can probably buy a little time, but in the long run it’s just not going to be effective.”

This study adds to the growing concern that unforeseen consequences of climate change are being revealed and time is ever ticking on. The world relies on internet connectivity for the vast majority of its communication networks. Widespread internet outage could cause major disruption and the authors think this issue should really start to be taken seriously.

“This is a wake-up call. We need to be thinking about how to address this issue.”

COVID-19: the impact on carbon emissions

Dahurian larch: the rise before the fall?