It’s award season! That means we have a break-down of the 2018 Nobel Prize winners, as well as quick glance at the 2018 Ig Nobel Prize Winners. 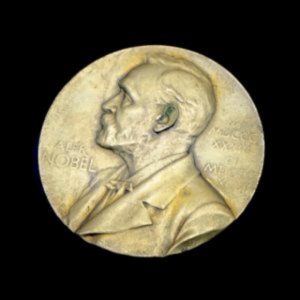 The Nobel Prize in Physiology or Medicine

Awarded jointly to James P Allison and Tasuku Honjo “for their discovery of cancer therapy by inhibition of negative immune regulation.”

The discoveries made by both of these Nobel Prize winners are landmarks in the fight against cancer. Allison’s work involves the development of a novel cancer therapy by utilizing our own immune cells to fight cancer. He did this by releasing the ‘brake’ of a known protein on the immune system. Honjo’s discovery of a protein on the surface of immune cells that also acts as a ‘brake’ also proved to be the basis for new effective cancer therapies.

The Nobel Prize in Physics

Awarded “for groundbreaking inventions in the field of laser physics” with one half to Arthur Ashkin “for the optical tweezers and their application to biological systems,” and the other half jointly to Gerard Mourou and Donna Strickland “for their method of generating high-intensity, ultra-short optical pulses.”

Ashkin invented optical tweezers made of laser light that can move particles, atoms, viruses and other living cells, including bacteria. Mourou and Strickland invented a technique named chirped pulse amplification, which has become the standard for high-intensity lasers, including in corrective eye surgery. The key to their success was creating the shortest, most intense laser pulses ever made by humankind.

This marks the first time in 55 years that a woman has been awarded the Nobel Prize for Physics and makes Strickland only the third woman in the award’s long history to receive the honor. There is already some controversy arising as Strickland has not yet been granted the full professor title by the University of Waterloo (ON, Canada) and her Wikipedia page was rejected earlier this year as she was deemed not important enough. However, Strickland has said she has always been treated as an equal and has never applied for the professor position.

The Nobel Prize in Chemistry

One half of the prize was awarded to Frances H Arnold “for the directed evolution of enzymes,” with the other half awarded jointly to George P Smith and Gregory P Winter “for the phage display of peptides and antibodies.”

These Nobel Prize winners harnessed the power of evolution to bring benefit to humankind. Arnold established the directed evolution of enzymes and has paved the way for the more environmentally friendly manufacturing of pharmaceuticals. Smith developed phage display and Winter then utilized the method for the directed evolution of antibodies, which has since been used to produce new pharmaceuticals for autoimmune diseases and even cancer.

Another Nobel Prize goes to a female recipient this year; becoming only the fifth woman to receive the award and marking the first time in history women have been awarded the Physics and Chemistry Nobel Prizes in the same year.

Following the announcement, our twitter highlight was reading tweets by Smith’s son (@besables) regarding his father’s win.

You can read some of Smith’s published articles on phage display in BioTechniques here: Effect of DNA copy number on genetic stability of phage-displayed peptides; Hydroxyapatite chromatography of phage-display virions; A generalized kinetic model for amine modification of proteins with application to phage display; The case for trypsin release of affinity-selected phages

The Ig Nobel Prize in Medicine

Awarded to Marc Mitchell and David Wartinger “for using roller coasters to try to hasten the passage of kidney stones.”

The Ig Nobel Prize in Biology

Awarded to Paul Becher, Sebastien Lebreton, Erika Wallin, Erik Hedenstrom, Felipe Borrero-Echeverry, Marie Bengtsson, Volker Jorger and Peter Witzgall “for demonstrating that wine experts can reliably identify, by smell, the presence of a single fly in a glass of wine.”

The Ig Nobel Prize in Chemistry

Awarded to Paula Romao, Adilia Alarcao and Cesar Viana “for measuring the degree to which human saliva is a good cleaning agent for dirty surfaces.”

The Ig Nobel Prize in Nutrition

Awarded to John Barry, Bruce Blank and Michel Boileau “for using postage stamps to test whether the male sexual organ is functioning properly.”

Awarded to Akira Horiuchi for the medical report “colonoscopy in the sitting position: lessons learned from self-colonoscopy.”

Who’s won the Nobel Prize in Physiology or Medicine this year?

Who won the 2021 Nobel Prize in Physiology or Medicine?

How zebras got their stripes