Genius in Your Genes - BioTechniques

Genius in your genes

Will studying the genome sequences of very high IQ individuals help us understand the biological basis of intelligence? 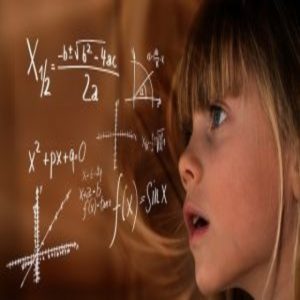 In 1980, Duke University founded the Talent Identification Program (TIP), a scheme for identifying academically gifted school-age children and nurturing their education and intellectual growth. Since then, over 2.8 million children have taken part in this program, each selected for their exceptional verbal and mathematical skills. It is estimated that these individuals hail from the top 3% of the population in terms of intelligence.

Now, a new study by Gerome Breen and colleagues at King’s College, London, makes use of this population to try to answer one of the most fundamental questions in cognitive science: how is intelligence determined genetically?

Intelligence is a polygenic trait, which means that there is no single gene that regulates it. Instead, a large number of genes each contribute a little, with different combinations of alleles resulting in a wide range of variation in the population (Other human traits regulated this way include height and skin color.)

Instead, Breen and colleagues decided to follow an extreme trait design, in which individuals from one extreme of the population are selected with the assumption that their genomes would be enriched for those variants that strongly influence the trait being studied. The researchers sub-selected the top 1% of TIP participants—a sample thus believed to represent the top 0.03% of the total population, with a mean IQ of about 170.

The scientists then genotyped this sample of approximately 1200 participants, and compared the results with a set of controls from a previously performed study on normal-range IQ individuals. They next studied the associations between intelligence and different genetic variants at multiple loci distributed throughout the genome to see if the results could explain variations in intelligence in an independent sample.

One of the major findings from this study is that the population of people with high intelligence is genetically continuous with populations of normal intelligence, instead of being genetically distinct with completely novel gene variants. “Essentially, we think what is happening with the very high IQ individuals is that they simply have more of the common genetic variants that increase IQ,” said Breen.

Importantly, the scientists also identified plexins as a gene family strongly associated with high IQ. This gene family consists of membrane-bound receptors which regulate several neuronal processes; mutations in these are associated with neurodevelopmental disorders.

The researchers are now interested in following up on the biological pathways that influence intelligence, and in using this data-set for metaanalysis of other available information on the heritability of intelligence.