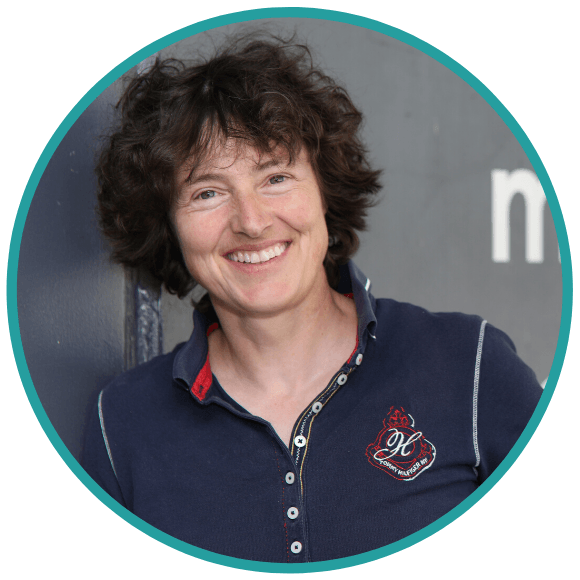 At ASCB 2019, BioTechniques caught up with Petra Schwille of the Max Planck Institute (Munich, Germany) to discuss her work in compartmentalizing membrane proteins.

Can you tell us about the presentations that you gave at ASCB?

I have given two presentations; one was a more general presentation about my motivations in trying to reconstitute key cellular functionality from the bottom up, and the second one, which I gave today, was about pattern formation of proteins of bacterial cells. I have been working with these proteins for a long time now. They are a fantastic model system to study how patterns and gradients come about from first principles on a molecular basis.

Can you tell us about some of the techniques that you use in your research?

That being said, I am a membrane physicist, who has been working with membranes for a long time. Therefore, I’m really concerned with the protein machineries that transform membranes and, in particular, ones that would be able to transform membranes to the point of dividing a vesicle.

In order to divide a compartment, the contractile element has to be placed somewhere in the center of the machinery. That’s how we think the general operational principle of cell division in bacteria like E. coli works, there is a protein system that positions a contractile ring, consisting of many different proteins, in the center and then this ring contracts by many intertwined functionalities. This is something we would like to reconstitute.

What techniques are you using in these investigations into the compartmentalization of membrane proteins?

The key bottleneck is to get hold of the functional proteins and that’s what we’ve been concerned with for the last 10 years, We’ve focused on what proteins we want to reconstitute, how we get them functional and how we produce them and bring them into an environment that mimics their cellular environment, despite being much simpler, where they can function. This is what we are aiming for – we want to have a very simple model of a cell, which only has the machinery that you have put in yourself and nothing else.

Have you encountered any pitfalls when conducting these experiments?

The pitfalls are in getting the proteins to be functional out of the cell. This is a problem that anybody who does biochemistry is familiar with. A lot of proteins need the cell to function and they may need conditions that we are not even aware of.

Membrane proteins are horrible things in principle, because in order to purify them you have to bring them out of the membrane, but for then to be functional you have to put them back in the membrane, and that’s not easy.

Managing to purify them in high enough concentrations so that you can actually do something with them but then still keep them happy, is a notorious problem for everybody who doing in vitro work with proteins. That’s also our greatest obstacle.

Where do you see the field of compartmentalization of membrane proteins in the next five years?

There are increasingly more groups forming that do believe that it makes sense to do this in vitro bottom-up technique, because it better demonstrates what is at stake. In cells, there are so many parameters that it’s hard to tell which one is the most important one and there might always be one parameter that you haven’t thought of, which will kill your theory entirely. That’s the beauty of doing physical biology – you can really see what you have and know your system really well.

Making the move from 2D to 3D cell culture: an interview with Molecular Devices’ Jayne Hesley and Jeff McMillan