Why Shouldn`t You Clone Your Pet? - BioTechniques

Whilst this may seem like an enticing idea to some, enabling more time with a beloved pet, there are many reasons why you potentially shouldn’t clone your pet. 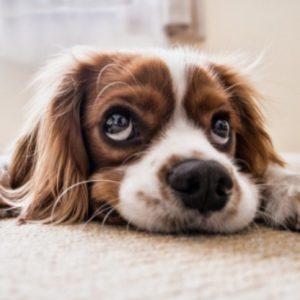 Since the first successful cloning of a mammal – the famous Dolly the sheep – in 1996, scientists have come leaps and bounds, successfully cloning a number of different animals including mice, cattle, pigs, goats, rabbits, cats and dogs.

Dogs proved to be more difficult to clone than these other mammals as their oocytes cannot be grown in a lab and instead have to be harvested from donor dogs, which only go into heat twice a year. Despite this, in 2005 came the first successful dog clone. Since then, companies have begun offering pet cloning as a service, with one such company offering dog cloning for a mere US$50,000 and cat cloning for the slightly cheaper US$25,000.

There are some who have the money spare for this, including Barbra Streisand, who revealed earlier this year that she has two cloned puppies from her previous pet. However, is cloning your pet really a good idea?

Cloning is an expensive process with lots of steps and technology involved. There is potential that this may become cheaper and more efficient in the future but even so, is it worth it?

The first successful cloning of a dog was carried out by a team of researchers based at Seoul National University (South Korea). The team collected skin cells from the ear of an Afghan hound named Tai. They utilized these cells to produce two clones; one died shortly after birth but the other, named Snuppy, lived to the age of 10 before passing away from the same cancer that killed his cell donor, Tai, aged 12 years.

In the team’s report, published in Scientific Reports in 2017, they describe their ongoing efforts to study the health and longevity of cloned animals compared with their cell donors.

The science of dog cloning has been much refined since this first instance in 2005 and there are now many companies across the world that offer this service. The current process involves the extraction and culturing of cells from the animal to be cloned. This must be done quickly after the animal has died in order to have enough preserved genetic material for cloning, due to the degradation of DNA beginning shortly after death.

Unfertilized eggs are extracted from the fallopian tubes of another dog in a process that is invasive but ultimately leaves the dog unharmed. The nucleus is removed manually from these eggs using a very fine pipette needle that sucks it out. A cell is then taken from the cultured sample and inserted into this ‘empty’ cell. A burst of electricity fuses the two cells together and prompts cell division to commence.

If this process is successful, the cells can then be implanted into a third surrogate dog. The surrogate is treated with hormones and sometimes even ‘mated’ with vasectomized male dogs in order to improve the likelihood that they will carry the pregnancy to full term. These surrogates will often also go on to carry more clone pregnancies.

How many dogs does it take to produce one clone? Good question. We can already count the three dogs involved in the section above. However, many cloned pregnancies are rejected by the uterus or die shortly after birth. In the case of Snuppy, more than 1000 embryos were implanted into 123 surrogate dogs to produce three pregnancies – with one of those dying shortly after birth.

“You need a good number of dogs to do this type of cloning,” says CheMyong Jay Ko, co-author of the study that produced Snuppy and professor at the University of Illinois at Urbana-Champaign’s College of Veterinary Medicine (IL, USA). However, Ko does also admit that the success rate of these pregnancies has increased since the time of Snuppy: “I would say it’s about 20 percent. Very high.”

It is a much debated issue that cloned animals have many health problems, poorer quality of life and shorter life span. The US FDA has disregarded most of these accusations as myths. They say that “despite the length of telomeres reported in different studies, most clones appear to be aging normally” and hence, these studies cannot be conclusive.

They have said that a majority of “clones are born healthy, grow normally and are no more susceptible to health problems than their non-clone counterparts”. As a result, in 2008, the US FDA determined that meat and milk from cloned animals, such as goats, sheep and cows, are as safe to ingest as those from non-cloned animals.

Researchers are therefore able to utilize cloning to produce those animals with desirable traits, such as lean meat or high milk production. On top of this, it is hoped that in the future animal clones can be genetically modified to produce proteins that humans with certain diseases are lacking. The extraction of these proteins could enable the development of new therapeutics.

There may be many more legitimate reasons to clone animals; including producing many of the same animals for research purposes, cloning endangered species and replicating service dogs with rare abilities.

The very reason why you would opt to clone a pet in the first place is evident – a dog is a man’s best friend and losing them can be a painful and heart-breaking experience. However, what does this teach us about learning to cope with death? That if you have enough money you can clone your pet so you don’t have to cope with the grief of losing them, or that maybe someday in the future it might be possible to clone a friend or a relative?

The latter seems unrealistic – even if it were to be deemed ethical – there is no possibility that we could produce a carbon copy human with a replicated personality. It is well-known that human personality traits are determined by both nature and nurture. Genetic information on its own cannot recreate that person, and the same is true of dogs.

Selective breeding has led to the belief that you can breed temperaments and personality traits in dogs and whilst this is true to a certain extent, the cloned dog will never be completely the same as its cell donor. Whilst you may still expect cloned animals to be visual replicas, there is also no guarantee that the clones will even look the same.

Streisand seems to have realized this fate herself, as she says of her two cloned dogs from her original dog – Samantha:

“They have different personalities,” commented Streisand. “I’m waiting for them to get older so I can see if they have her brown eyes and her seriousness.”