Replacing a special class of neurons in the brain reversed symptoms of autism in a mouse model. 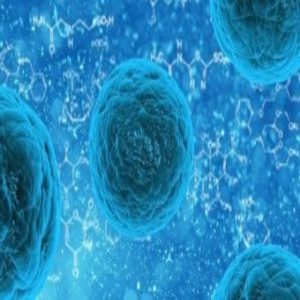 According to recent estimates, about 1 in every 160 children worldwide suffers from an autism spectrum disorder. Despite this surprisingly high prevalence and its accompanying compromised quality of life for the patients, no drugs are currently available for treating the core symptoms of autism. There is a pressing need for a better understanding of the neurobiological underpinnings of these conditions and for new and alternate therapies to help these patients.

In an exciting new study published in Neuropsychopharmacology, Daniel Lodge and his colleagues at the University of Texas, San Antonio transplanted stem-cell derived neurons into the brains of mice and demonstrated that this was sufficient to reverse behavioral abnormalities in a mouse model of autism.

Lodge and his team were motivated by evidence of a strong correlation between autism and the loss of a special class of inhibitory neurons in the brain, which can be identified by their expression of parvalbumin. Animal models of autism spectrum disorders show reduced numbers and functions in these neurons, and post-mortem studies in humans show a decline in these neurons in autistic patients.

Lodge and his team decided to test whether simply putting these cells back would be enough to reverse behavioral deficits. “Not only would it be an effective therapy, but it would give us information about whether this is a potential therapeutic target,” he said.

To achieve this, the researchers grew parvalbumin-expressing neurons in the laboratory from an embryonic stem cell line, which they exposed to a special differentiation medium to create mature neurons. They then surgically transplanted these lab-grown neurons into the prefrontal cortex in a mouse model of autism. This specific mouse model simulates an infection during pregnancy in female mice, which results in offspring that exhibit many behavioral characteristics of autism, including reduced social interaction, rigid and repetitive behavioral patterns, and deficits in communication.

When the researchers implanted parvalbumin-expressing neurons into the brains of these mice, there was a measurable improvement in social interaction and cognitive flexibility, suggesting that neuronal inhibition in this circuit may be an important therapeutic target in autism. The researchers are now testing if directly decreasing the expression of parvalbumin in the prefrontal cortex of wild type animals will recapitulate some of the symptoms of autism.

“We’re a long way away from doing clinical trials with stem cells for the treatment of autism,” said Lodge, “In the short term, what this should do is help guide novel therapies into targeting GABAergic [inhibitory] function in the prefrontal cortex.”

An explanation for maternal instinct?