In a new study, researchers showcased the potential of a new method for waking up sleeping cancer cells, making them more susceptible targets for chemotherapy and other cancer treatments. 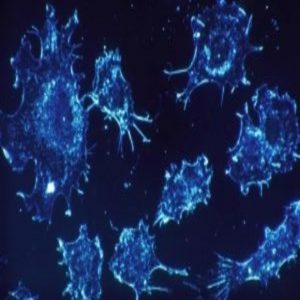 Guang Yao and colleagues described a new method for waking sleeping cancer cells, making them more susceptible to chemotherapy and other cancer treatments.

Just as we cycle through deep and light sleeping states at night, our cells can enter their own varying depths of quiescence. While normal cell quiescence is vital for tissue repair and regeneration, cancer cells use the same cellular resting process to lie dormant for years, evading chemotherapy while potentially migrating to other sites in the body.

Now, researchers have unveiled a new method for controlling the depth of cell sleep by manipulating the expression of certain genes. The method could potentially function as a genetic dimmer switch to either permanently pacify or wake dormant cancer cells, preventing them from evading chemotherapy, which typically works by killing off actively dividing cancer cells.

“Nearly 90% of cancer death is attributed to metastatic cancer cells, which can stay in dormancy for years before revival. Yet we have not understood the fundamental genetic mechanism used by cells to maintain this state of dormancy,” said Guang Yao from the University of Arizona, who co-authored the study. “By identifying the roles of the individual genes in this core control mechanism, we hoped to find ways to selectively push cancer cells out of dormancy to kill them while leaving normal healthy dormant cells intact.”

To better understand the inner workings of dormancy, Yao’s team devised a computer model to simulate how cell quiescence depth is influenced by changes of individual gene expression in the retinoblastoma (Rb)-E2F network, a critical gene network known for its regulatory roles in cell division and quiescence. They then validated their computer model predictions by tracking the activity of the identified genes and altering their expression in rat cells.

Ultimately, the team characterized which genes in the network were most influential in controlling the depth of quiescence. They also demonstrated that they could manipulate key genes for coarse or fine adjustments to the cells, moving them to different levels of sleep.

Earlier this year, Yao’s team showed that quiescent, slow-cycling cancer cells are more easily pushed to shallow quiescence and killed more effectively than normal cells. “Now, with this integrated mechanistic understanding and computer model, we can search for new drugs that regulate quiescence depth and couple them with chemotherapy to begin combating this major issue of cancer dormancy,” added Yao.