The Epigenetics of Stress - BioTechniques

A new study shows that stress causes novel DNA modifications in the brain that may lead to neurological problems. 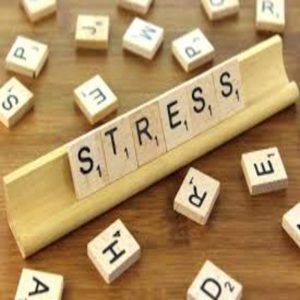 Epigenetic changes such as DNA methylation and histone modification help a cell control gene expression by precisely turning genes on or off. They occur regularly and naturally, but environmental factors can also affect epigenetic states. In a new study published in Nature Communications, researchers showed that a recently discovered DNA modification, N6-methyladenine (6mA), is not only present in the mammalian brain, but its levels increase with stress.

Chemical modifications on DNA play essential roles in normal brain function, and abnormal DNA modifications have been linked to various psychiatric disorders. Studies also indicate that prolonged exposure to stress can cause epigenetic changes. When scientists identified 6mA in lower eukaryotes and later confirmed the presence of the modification in higher eukaryotes, they wondered if 6mA occurred in the mammalian brain, and if so, what functions it might play.

“Adenine methylation in DNA has just begun to be appreciated in higher eukaryotic genomes,” said Bing Yao from Emory University School of Medicine, who led the new study. “We wanted to detect 6mA in mouse brain and to know what happens upon stress or depression.”

Yao and his colleagues exposed lab mice to normal or restrained environments and then measured 6mA levels in various areas of the brain, focusing on areas that play roles in the stress response. To exactly quantify 6mA levels, they used highly sensitive ultra-performance liquid chromatography tandem mass spectrometer (UHPLC-MS/MS). They found that 6mA was present in all regions tested, but its levels were significantly higher in the prefrontal cortex (PFC) in stressed animals. The authors further validated their findings by performing immunoblotting to detect 6mA on DNA isolated from PFC from mice.

Yao’s team next performed transcriptome profiling using RNA sequencing. Their results showed that a loss of 6mA correlated with a group of up-regulated genes that play a role in the stress response. To further explore the relationship between loss or gain of 6mA during the stress response and neurological diseases, the team compared 17 loci associated with depression to genes that gained or lost 6mA during stress; they found that 14 of the 17 depression-associated genes overlapped with 6mA dynamic genes.

Curious about the potential relationship between 6mA and other neuropsychiatric disorders, the authors extended their experiments to include genes associated with autism spectrum disorder (ASD) and schizophrenia (SCZ) and found that genes showing 6mA dynamics overlapped with ASD and SCZ genes, but not with genes associated with aortic lesions or obesity. These experiments suggest a potential link between 6mA and mental illness.

“We are going to look at how 6mA works in the stress response and neurogenesis as a whole and to identify 6mA functional players in future studies, as well as their implications in brain diseases,” said Yao.